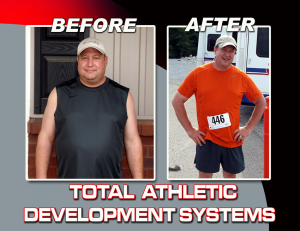 “I am absolutely hooked on his class”

On August 1, 2013 I started a class with my husband called Boxing Boot Camp neither of us knew what to expect. After the first week I told my husband I liked the class so much that even if he did not continue with the class I would. We now have both been in Dexter’s class almost one full year. My goals for myself in the class were to gain muscle tone without gaining weight. By following the fitness and diet plan Dexter developed for me I was able to gain muscle tone and strength. It is possible thanks to Dexter that I am now in the best shape of my entire life. I am absolutely hooked on his class.

“I look and feel better”

On August 1, 2013 I started a fitness class called Boxing Boot Camp run by Dexter. When I began this class I weighed 235 lbs., had type 2 diabetes controlled only by medicine and I had not exercised in over twenty years. Dexter took his time to bring me along at a pace that I would not quit but still made steady progress. When I began class I could only do a mile run by running for 30 seconds, then walking for 30 seconds, on Thanksgiving Day 2013 I ran 3 miles. With Dexter’s fitness and meal plans I have lost over 35 lbs., gained muscle tone, and control my type 2 diabetes solely with diet and exercise. At the age of 49 I look and feel better than I did in my in my thirties. I only wish I had known and trained with Dexter 15 years ago. -Brian

Fields marked with a * are required.